Skip to content
Lowina BlackmanFree ResourcesBitcoinWhy Modern money system is a Pyramid Scheme – How to Protect Yourself?

Most people are aware that a pyramid scheme is a trap. The system requires that more people pump money into the scheme, and in the end, everyone loses. Just ask Bernie Madoff about it.
The Ponzi scheme is like a form of fraud that involves cheating investors and taking their money.
For many people, the Ponzi scheme and the pyramid scheme are irrelevant, so it may be a complete shock for them to learn that many governments employ questionable economic and financial policies that are actually planned Ponzi schemes, and their product of choice is currency. 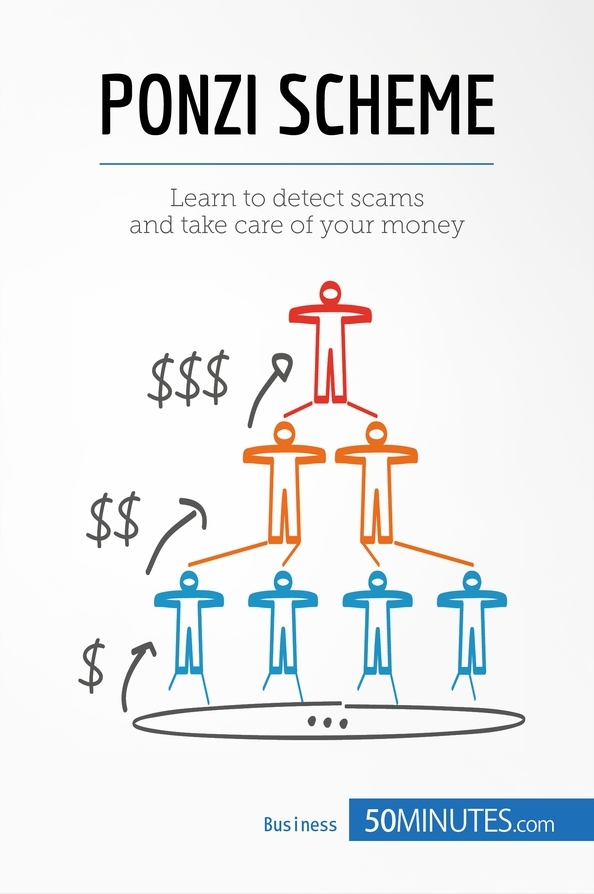 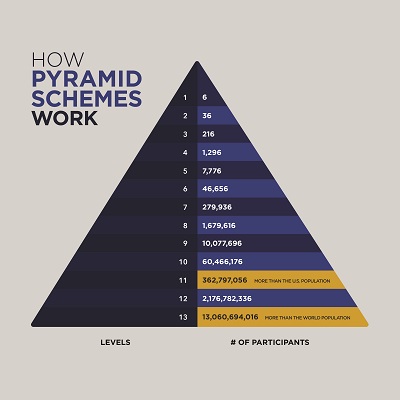 Fiat Currency is a Major Scam

All of us have printed currency in our wallets to buy things daily and in the banks for rainy days. However, most currency is termed “fiat”, meaning that it does not have intrinsic value, but rather the value is maintained by our ‘trust’ to the government.

Many economists and investors are of the opinion that fiat currency is worthless and that the governments use it in complicated spending practices that making the banks and the Federal Reserve richer and richer. The money is used to purchase “toxic” assets from banks, as seen most memorably in the massive bail out of the “too big to fail” banks received in 2008 (4.5 trillions).

Government money goes to the banks to keep them in business at the expense of tax payers – your children will be paying for this debts. The banks continue their questionable activities unhindered, after they agreed to buy back the toxic assets when they are solvent, they can no longer pay back their debts. Nobody knows when that may ever happen.

The result is a truly toxic relationship that benefits the 1% of the wealthy and powerful, while the 99% middle to lower classes are left paying the price, literally and metaphorically.

Get Ready for Some Turbulence

As the printed currency threatens to devalue even more, by governments and Central Banks keep pumping fake money into the system to buy back junk bonds, to bail out the banks, which is happening in a rapid speed since the lock down, how can everyday people hedge against the looming economic recession and probable monetary loss?

Having a backup plan is obviously a necessity. Investing in alternative currencies, particularly gold/silver and Bitcoin, is definitely the best means to protect long term value and assets. Although many will argue which of these assets have the best qualities , many experts predict that Bitcoin will emerge as a preferred investment.

Some have even declared that Bitcoin will be one of the largest networks on the planet soon, we are in the middle of a once in a lifetime wealth creation opportunity. Even Rich Dad Poor Dad author Robert Kiosaki are super pro Bitcoin lately, telling his millions of fans to buy Bitcoin to protect their wealth. Urging everyday people to use their stimulus package free money to buy Bitcoin.

Earlier in May 2020, billionaire giant hedge fund investor Paul Tudor Jones publically announced that he is buying millions dollar of Bitcoin, which causes a rush buy from his followers.

Billionaire investor Warren Buffett, who told investors earlier this month that he had made a “ mistake ” betting on airlines, is continuing to sell stocks including Goldman Sachs. We should watch what are these billionaire do with their money and learn from the smart guys.

Don't Be Caught By Surprise!

Gold appears to have bottomed out and rising since the stocks market is overbought and now crashed, contributing factors in the global recessions.
Therefore, Bitcoin remains incredibly attractive since it is a decentralized asset not tied to the banks. It is easy to use and easy to access, transparent and verified.
Its strict regulation makes it immune to fiscal nightmare.

There are different types of cyptocurrency offered (5,000+ of them); you can pick and choose based upon your own personal financial goals and styles. It is never a good idea to have a large amount of your wealth in a single asset, including just sitting in cash.

Your dollar is losing purchase value everyday because the central point is printing new dollar to dilute its value. Digital assets like Bitcoin are now a hot topic, Google search for keywords “Buy Bitcoin” is at all time high due to the halving event that appears once every 4 years , it is the Olympics of the Bitcoin world, we are so excited.

Although it seems to be a scary financial world, there are steps that can be taken to lessen the worry and lighten the load. By researching alternative assets and diversifying investments, one can have a nice long-term solution to the seemingly “normal” chaos of fiat currency.

Wanna know more about cryptocurrency? Let’s have a chitchat! You can email me at lowinab@gmail.com now. I would love to hear from you.