[Fiat Currency End Game] What would Bitcoin do?

First of all, let’s be cleared on how we define money. What is money? Or should I say, what is Fiat Currency? What is Australian Dollar, American Dollar, British Pound or Japanese yen? How will the dollar crash? The money (fiat currency) that we are using now, issued by the government only have a short history of few hundred years.

Before we use bank notes, for 5,000 years, we have been using gold, silver and copper as money.Before using metals, we use barter in the ancient world: we trade cow for chickens.

Paper money was first introduced in China around the 11th century to avoid carrying heavy bulk of coppers. Paper money / bank notes has been developed as a form of credit, you can always exchange your bank note with something like gold and silver. 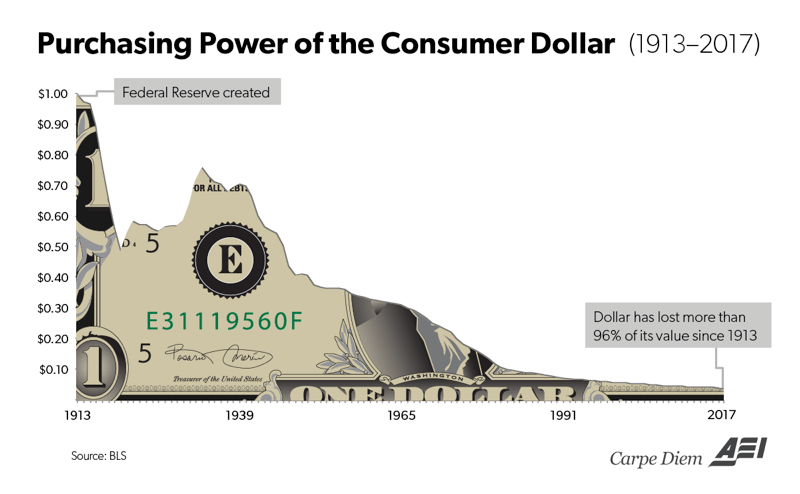 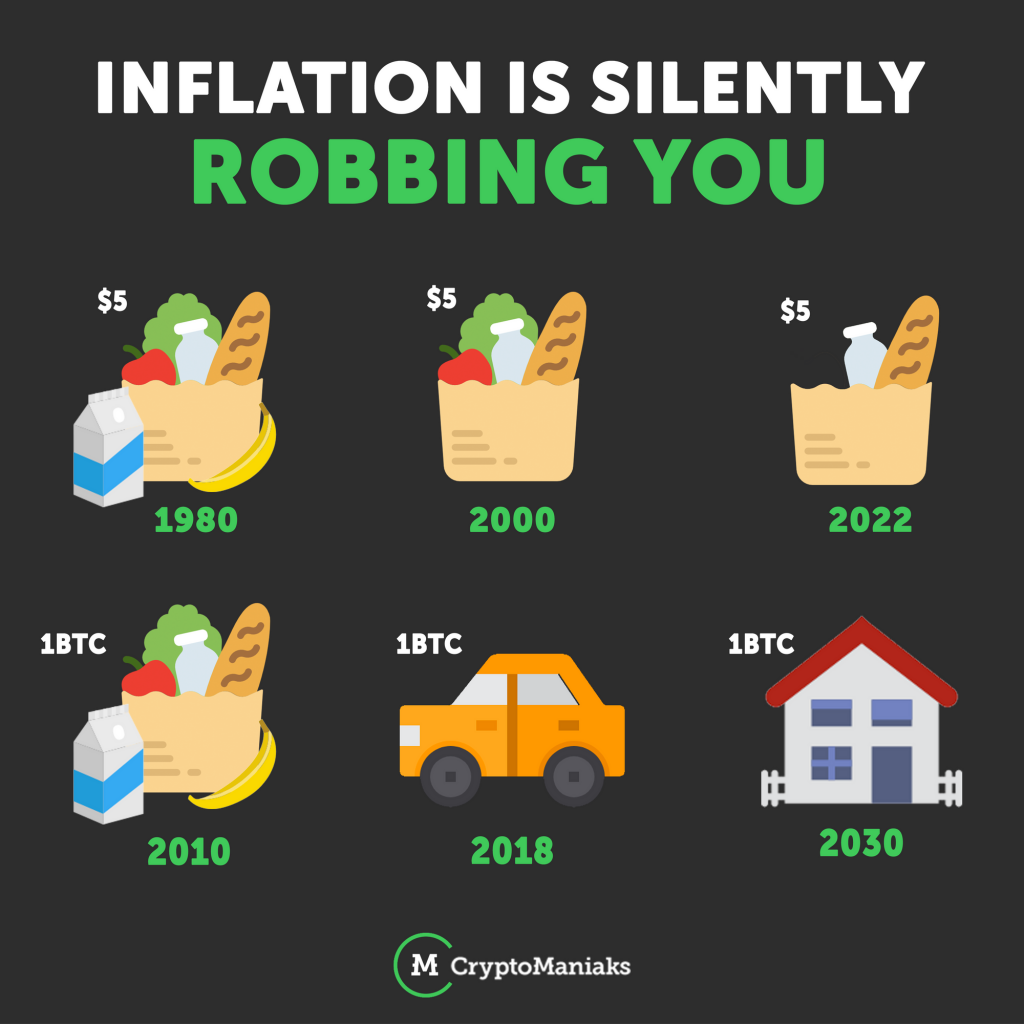 Money is not backed by gold anymore from 1971

Roughly speaking, the power of paper money cycle changes every 100 years or so.
The first European money was issued in Leyden in the Netherlands during the 1574 Spanish siege of the town. The issuance of John Law’s notes in 1720.

During these time, countries could issue paper currency, but only if it were backed by sufficient gold reserves: The Gold Standard. Or silver for some countries.
The French money was very popular to trade around 1800s before handed over to the pound sterling to be the primary international currency until 1914 when World War I forced countries to suspend their currency conversion. During the inter-war period, the British were too economically weak to run the international financial system in the way they had prior to World War I, and US dollar rise to be in power in 1945 until now.

Gold standard keeping the world’s currency fair, because they are backed by gold.
Until 1971, U.S. President Nixon announced his New Economic Policy, a program “to create a new prosperity without war.”  Marked the beginning of the end for the Bretton Woods system of fixed exchange rates established at the end of World War II.

Once off the gold standard, the Federal Reserve became free to engage in such money creation. They are able to increase money supply to simulate the economy: printing money out of thin air.

The repo market designates a mechanism used by banks to obtain short-term financing. They sell securities they hold in repurchase agreements (repo). To put it simply, they use the liquidity placed at their disposal to buy up massive amounts of debt. For example they place US Treasury bonds or Triple-A company securities in repo overnight, to serve as warranty or collateral for the loan they are making, and they buy them back on the following day.

From 16 September 2019, there has been a crisis situation:  the United States Federal Reserve injected massive amounts of liquidity into banks due to a quite abnormal situation on the repo market.

This raised red flags to many economists to watch out for economy crisis that we are seeing now. The Fed is aware that the banks are in trouble and it is not entirely true that it does not see the signs sent from the markets. The Fed’s Repo Market bail out is a sign of a deeper problem. 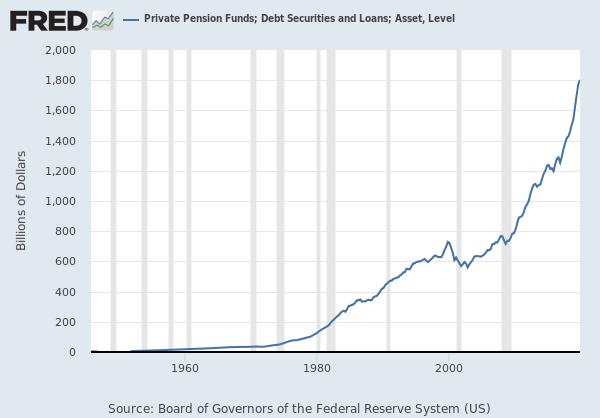 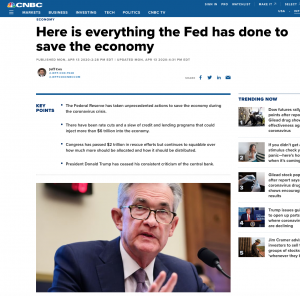 The Fed's $1 trillion bail out

Wall Street and the corporatists in the U.S. who have monopolized certain industries for years are once again seeking stimulus from the U.S. federal government.

During the beginning April 2020, the Federal Reserve has created trillions out of thin air and it seems everyone now wants a piece of the action.

Of course, private megabanks are being taken care of as we speak but a large number of American industries are begging bureaucrats for some cash injections and tax cuts.

When I made the video, the number of free funny money was $1 trillion, to 1.5 trillion, to 6 trillion in difference shape or form.

6 trillion can buy all of Bitcoin x 49 times

All told, the U.S. government has committed more than $6 trillion to arrest the economic downturn from the pandemic. So how much is 6 trillion dollar?

6 Trillion Dollar can buy the market cap of the whole bitcoin 49 Times. 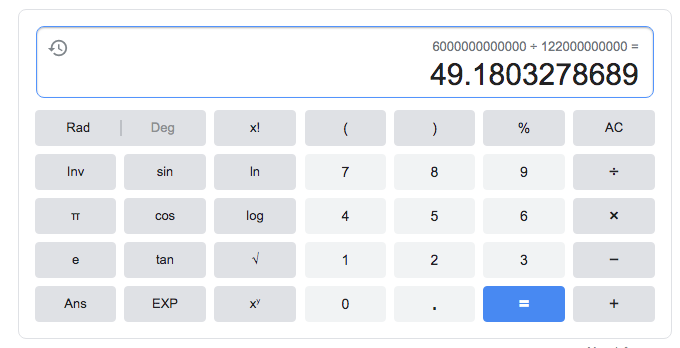 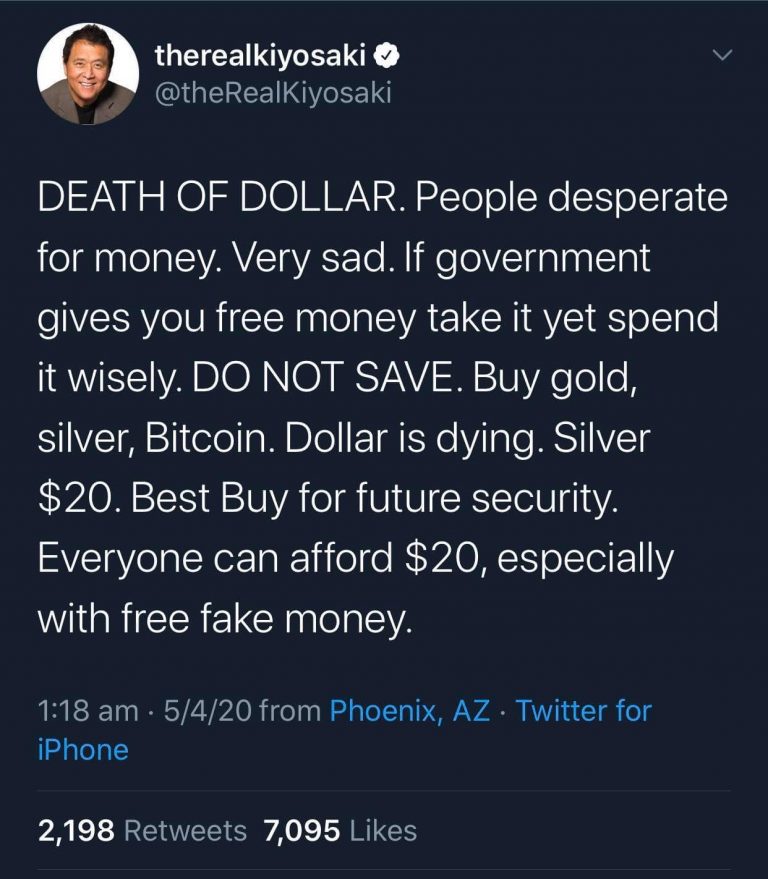 This is why Bitcoin’s inventor Satoshi Nakamoto created this decentralized peer to peer currency system because he/they knew that in 2009 the bailouts would return in the future.

11 years later, the Fed and central banks worldwide are in the midst of creating massive stimulus plans and bailing out megabanks and corporations.

Many experts including Richard Kiyosaki from Rich dad poor dad are warning the dollar crisis and tell us to hedge some of your wealth to Gold, Silver and Bitcoin.

Perhaps they can see something bigger that we don’t see due to many distractions happening in the world? *cough* virus news *cough*

If you have questions regarding this topic or any other money or business matters, please feel free to send me a message at lowinab@gmail.com. I would love to have a chit chat with you ♥!